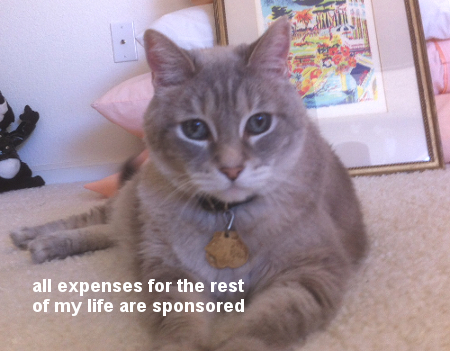 Shadow has lived his entire life with a devoted woman and another cat, Ariel. He lost Ariel two years ago and has just lost his devoted owner. He’s a very affectionate cat. Shadow’s purr motor works perfectly. He still loves to play with his toys and laser mouse. Shadow’s an indoor cat and has no experience with dogs. He craves the touch of all people. We’re hopeful that Shadow can find a home where he’ll have the constant presence of a loving person. Shadow receives treatment for presumptive bowel disorder and has a kidney function problem that is treated with monthly sub-cutaneous fluids. He is sponsored by a trust that will pay for his care and other expenses for the rest of his life.