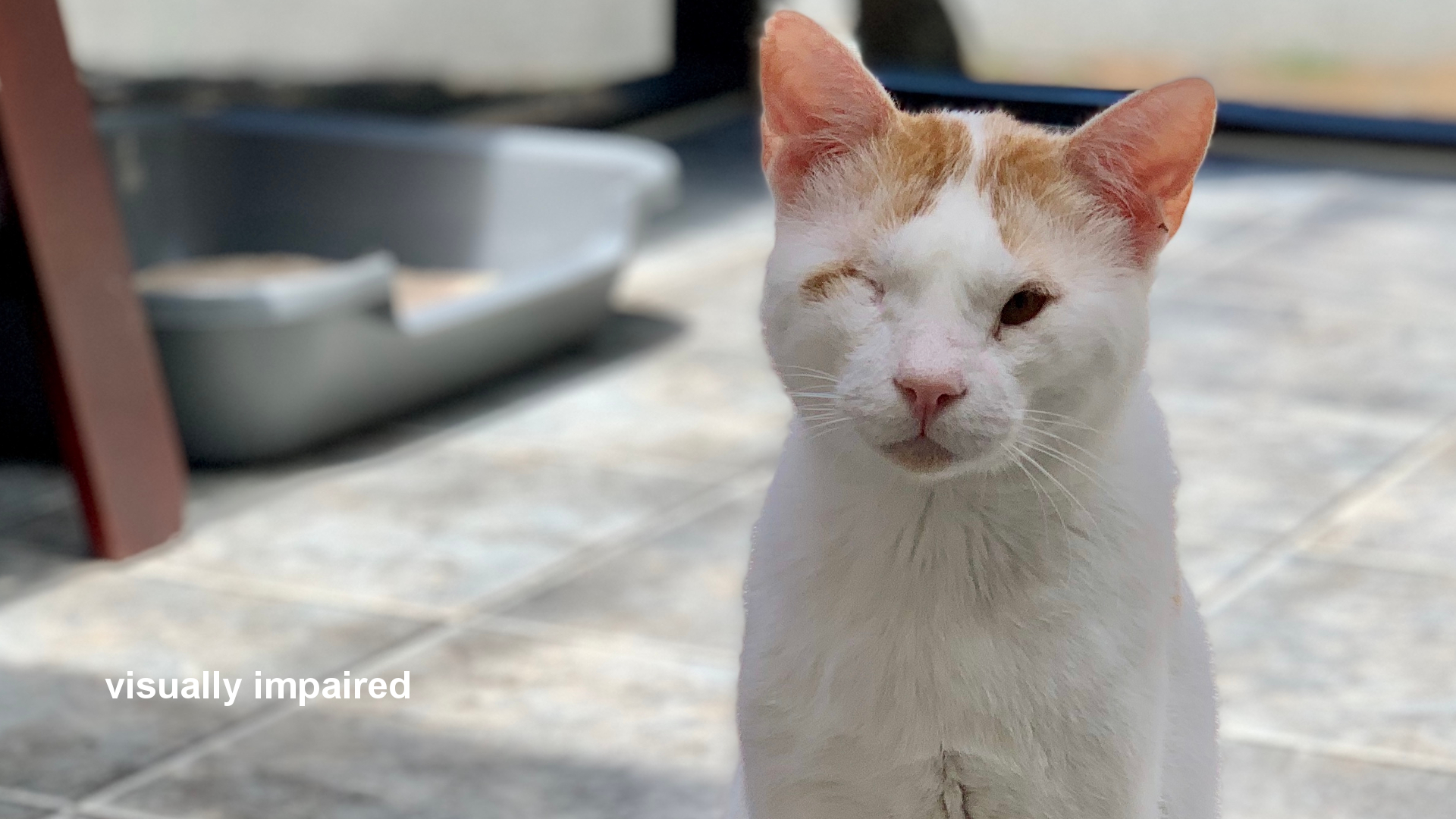 Stevie is sponsored by: Philip Sykes

SNAP Cats rescued Stevie from Kuwait. Stevie was a street cat in Kuwait. His eyes were very damaged from fighting, etc. Stevie was taken off the streets by one of our rescue partners in Kuwait. When Stevie arrived here we found that his right eye was damaged beyond repair, so we enucleated it. But his left eye was okay. It just needed a little entropion surgery to keep the eyelid from rubbing against the cornea. Stevie sees well out of his left eye, so you’d never know he is visually impaired.

Stevie’s a very active kitty. He has some alpha in him, and is very smart. He’d make a wonderful only-cat, or be fine with a passive female kitty. Eventually he’d be okay to go outside, supervised, but never alone.