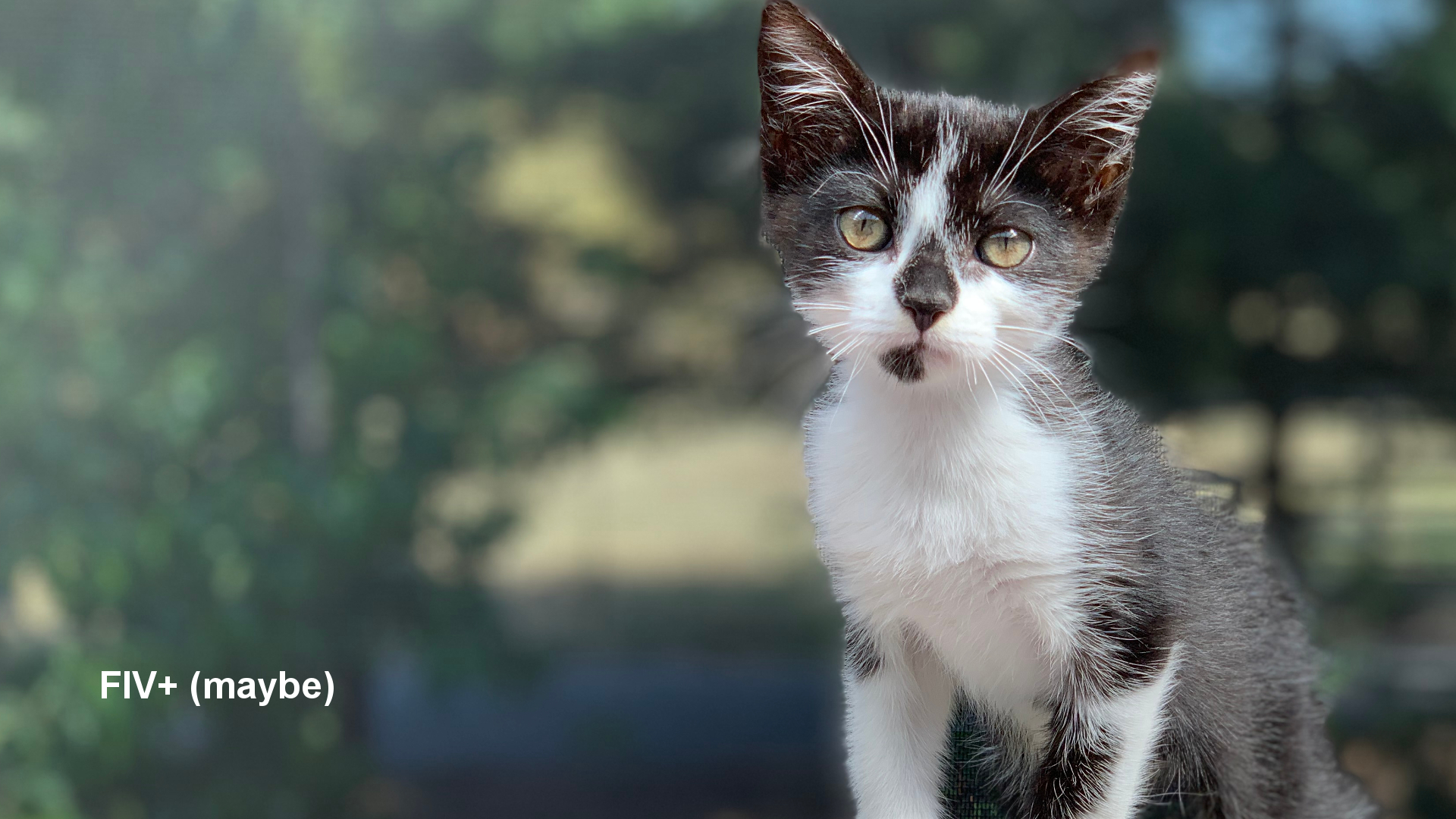 Jackson is Sponsored by: Catherine Roth

SNAP Cats rescued Jackson from Fresno, CA. Jackson tested FIV+ at two months. Problem is, the test isn’t accurate until a cat is 6+ months. So we’re going to test Jackson again after he’s 6 months-old. Even if he is FIV+, Jackson can live a long life as long as he’s kept healthy.

Jackson is a typical kitten – likes to run and play. He’s also a lap cat, which sets him apart from our other kittens, who are more inclined to play than be held. If you’re interested in Jackson please fill out an adoption application, which is located at the top of the “Cats for Adoption” page. Thanks!